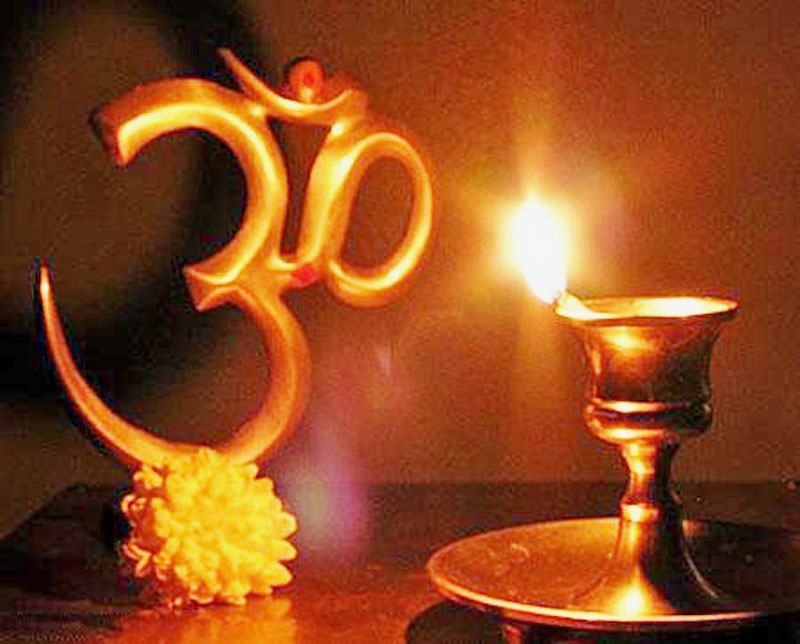 All true religions have good in them. I have learnt a little about Hinduism. I would like to share this with you.

First of all, Hinduism is not a religion. It is a fusion of traditions and cultures of India. It is “Sanatana Dharma”, Eternal Righteous Way of Living, passed on from generation to generation through the Guru-Disciple Teachings and Guidance. There are countless Sages, Saints and Scriptures of India, existing in the past, present and will be in the future. Hinduism gave the spiritual power to Great Ones like Mahatma Gandhi to drive an Empire out of India, by non-violence and sacrifice. He is a Hindu who struggled hard to bring the people of India together as Indians first, then everything else. He agonized and made strenuous efforts to eradicate ignorance due to religious misunderstanding. He set an example to the whole world.

Languages, food, rituals, forms of worship etc., these may be different from province to province, but there is an underlying substratum, a foundation of Hinduism, like a necklace that holds gems and pearls together, that cannot be destroyed. People may come and go, some will revere, some may mock, but these Values will go on.

A human being’s existence is about 100 years. However, Hinduism has existed for many, many thousands of years, long, long before other major religions. It has survived major invasions, disasters and crisis situations in India. Many cultures, like the Greek and Roman, were destroyed. But the Hindu culture has withstood the tests of time. For someone to worry and try to save Hinduism is like a Drop of water in the Ocean saying that it is concerned to save the Ocean. Religion is about God, and the Almighty God knows how to take care of everything and everyone.

Whereas other religions offer salvation to members of their religion alone, Hinduism offers methods and techniques leading to salvation to all human beings, beyond religion. There are the ritualistic, religious parts for those who are interested according to local customs, but there are also the Vedanta parts which apply to the whole universe, irrespective of religions, offering techniques for Peace of Mind and Self-Realization. It has to do with inner improvement, therefore, there are no restrictions. One is not a Hindu because of external appearance, like clothing and other outfits. One is a Hindu because of the good values of life cherished and practiced, while externally going with the flow where they live. Outfits and rituals provide zest and incentive to think of God and to come together as a community especially for children, but they are not the Goal.

Those who feel sure and confident about their religion will not do any of these. Hindus are strong, and they are secure and confident about their religion. There is no need for them to convince or convert anyone, nor exists a procedure for conversion. Besides, any one in this world who is interested can follow the tenets of Hinduism without having to convert to it, because it is a way of life. So, let’s not worry about what some ignorant followers of other religions say or do. There are some religions that teach good things, and there are always good people in any religion. Let’s take the good and ignore the rest.

Hinduism did not create castes

One takes about 20 years of their life to get a college degree, but they come to wrong conclusions about a religion in a few hours.

Hinduism did not create caste divisions. The original Varnashrama is the division of society into four varnas (types) and four ashramas (stages of life) that cooperate to satisfy the Supreme Being. One’s Varna is determined by one’s character, qualities, training, and work – not by birth alone or color of skin. The focus is spiritual advancement and spiritual satisfaction for each member of society.

According to Swami Chinmayananda – The Bhagavad Geeta defined the four major groups of people falling into four general categories based on their mental inclinations and professional capabilities. It has been misunderstood. The categories/castes exist in every country and culture in one way or the other. They are the Spiritual, Political Heads/Kings, Business and all the Professionals who don’t fall in the above three categories. So doctors, engineers, lawyers, other professionals and those who perform other services, they all fall in the last category. When it is said that castes should not mix, it only means, for example, that a lawyer should not do a doctor’s work. One should act according to one’s own nature (dharma), not someone else’s.

Some people with authority perhaps misinterpreted this and caused confusion due to ignorance, or perhaps foreign invasions and forces created splits and divisions among people, using the “divide and conquer” method. But one should not hate Hinduism for these reasons, nor give up their heritage and the wonderful teachings we can follow for the Happiness and Welfare of ourselves, our children, our family and friends. If they do, they are the losers. There is a saying, “Don’t throw the baby out with the dirty bath water!”, meaning “don’t throw out the good too along with the bad.”

Building temples and places of worship in every street corner to spread Hinduism does not constitute being a true Hindu. It may even dilute the magnificence of Hinduism. There are already Great Hindu Temples in every city and town in India, that are ancient, artistic and beautifully built by ancient Kings, and blessed by Sages and Saints. Elsewhere in the world, just a few major places of worship will suffice. Visiting them often, supporting them monetarily or by service, according to each one’s ability, is the greatest help one can offer to maintain Hinduism the right way. Besides, God is everywhere, and we can contemplate on God anywhere any time, and offer worship right at home.

But most of all, living the Great Values of Hinduism – righteousness, honesty, compassion, love and friendship to one another of any gender, religion, race, caste, creed or color, being kind to animals, performing one’s duty or work effectively – this is the best way to popularize and spread Hinduism. Also presenting a revered God or Goddess, Sages and Saints in a respectful manner on the internet, videos and movies will produce respect for Hinduism. The respect we have for ourselves is the respect we will get from others.

So let’s be proud and confident of ourselves as people and as Hindus, wherever we live. Let’s not give in to inferiority complex as a person, as a community and as Hindus, no matter what. When there is a doubt, let’s clarify by enquiry and reasoning, instead of making hasty conclusions. Let’s make most of what we like in Hinduism, and ignore what we cannot accept. Let’s popularize Hinduism by “Living Its Values” and by following our traditions and customs intelligently, according to the times we live in.

The real meaning of the word religion (matham) means “personal opinion”. Let’s live our religion, and let others live their religion. Let’s not be fanatics.

Let’s be Happy as Hindus with unshakeable confidence, Or as those who appreciate Hindu Values, Friends! 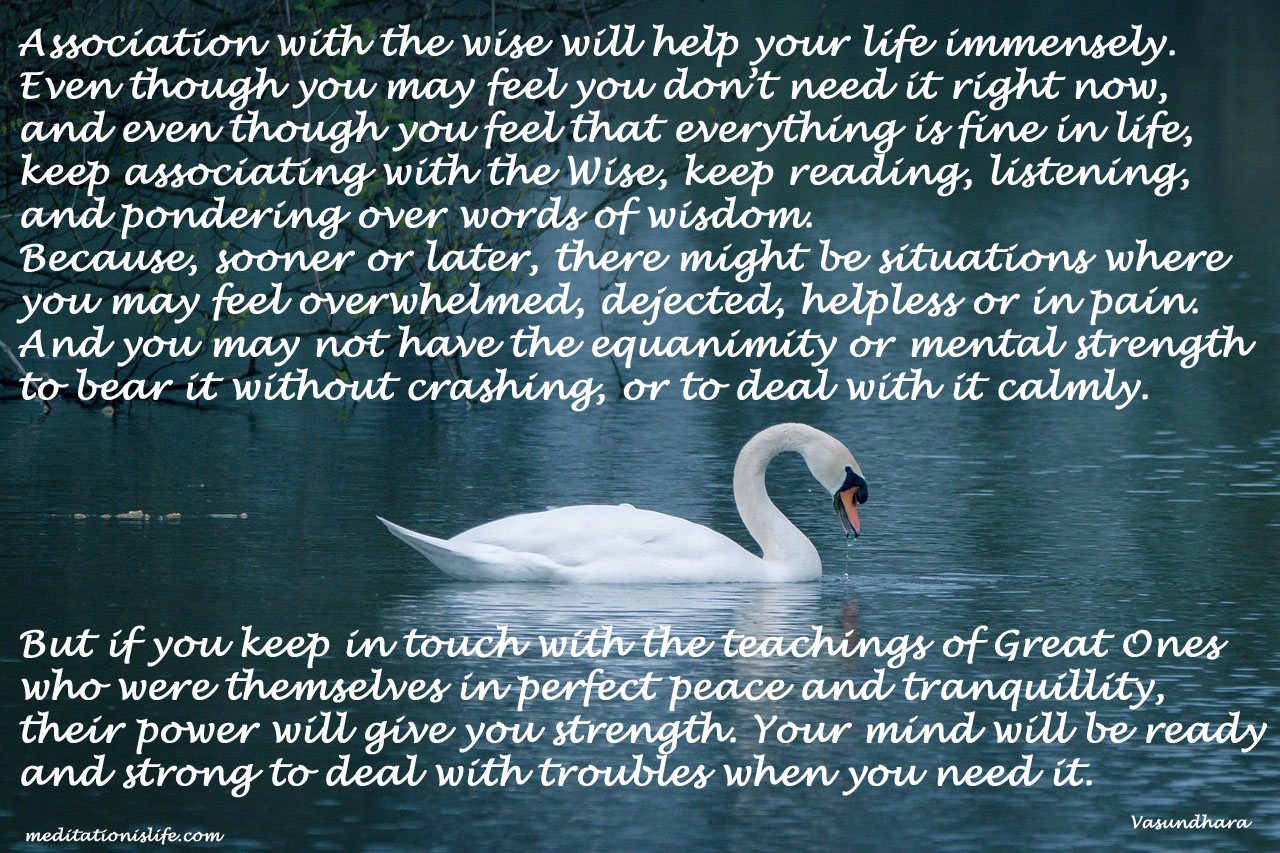 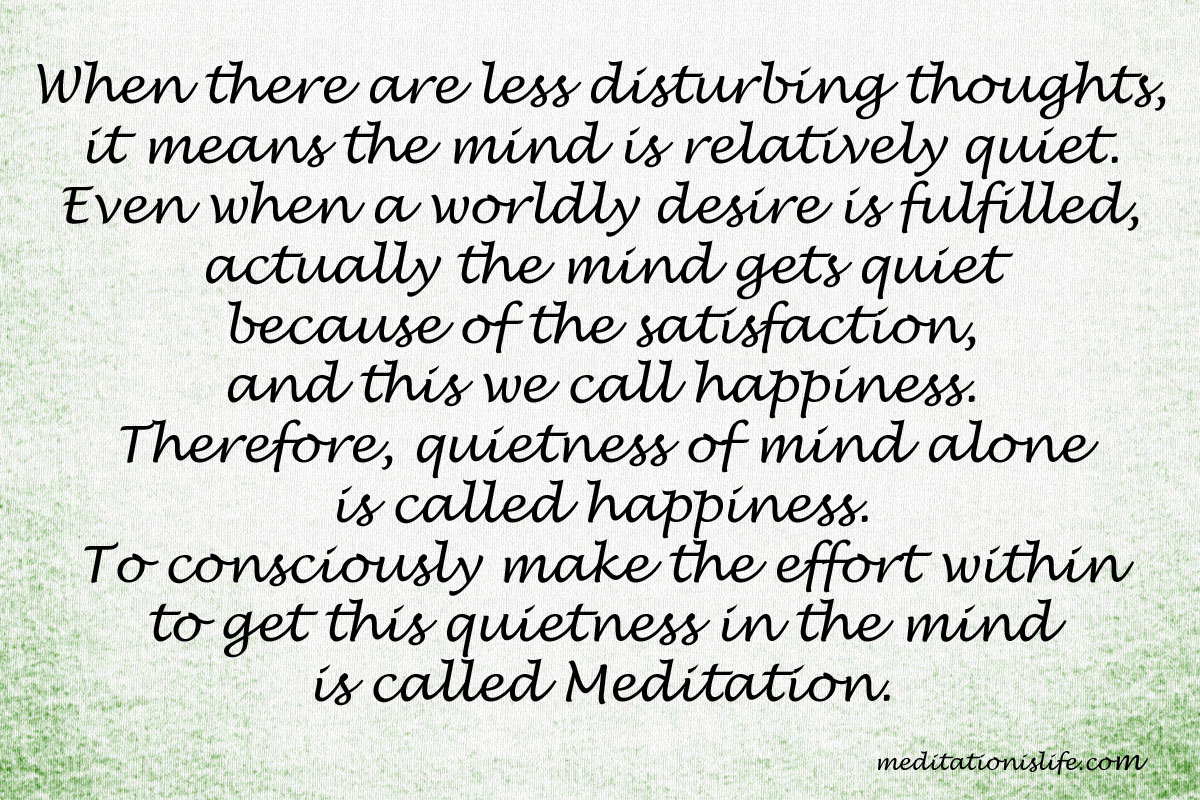